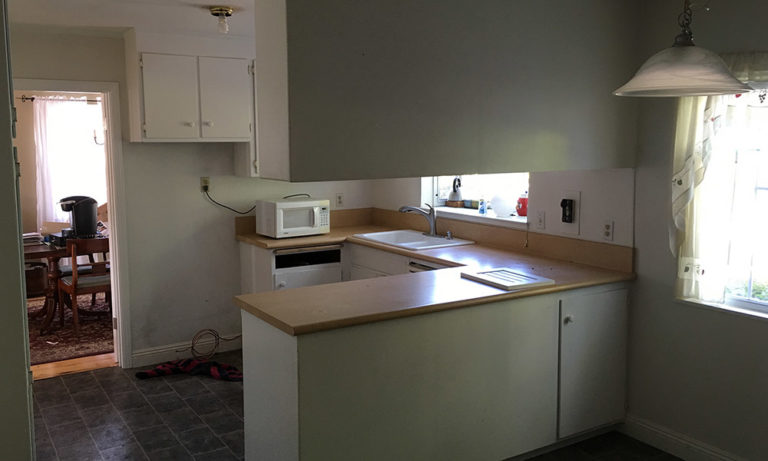 3 contractors then a transformed Kitchen...

David and Karin’s story begins before we even started.  Like myself Dave has been in the trades for years so he knows all the tricks and games contractors can play.

Here’s what they shared with me. The first contractor they contacted quoted them an extremely high price.  Much more than they wanted or needed to spend. Dave knows contractor pricing and that one was out of the ballpark.  The second contractor would only do the work according to his design plan.  He had lots of ideas, all his ideas; not very accommodating.  And then it was my turn for our first visit together.

From the minute we met I could tell I was being grilled. I listened. I listened to Karin’s ideas. I listened to Dave’s ideas.  hen I merged them together and presented a detailed itemized proposal a few days later. After a couple revisions of price and work it was accepted and Dave put his guard down. We worked together quite well with adjustments and alterations along the way. Daily progress and daily communication was also reassuring to Karin.

This kitchen is another example of part reface, part remodel and a few custom cabinets. We relocated the peninsula that was cutting the room in half. We built new cabinets to fit under the window for Karin’s baking station. And we built a long island to keep Dave on his side of the kitchen.

The unique pendent lights are called farm lights which matched Karin’s other dream, her farm sink. Next to the sink is a hidden garbage pull out and the under cabinet lighting highlights the marble subway tile.